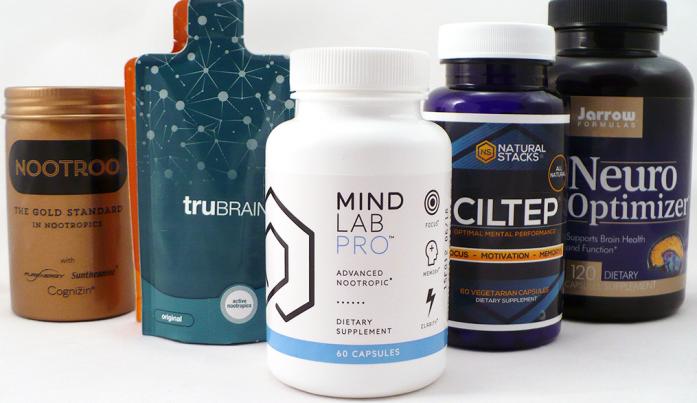 The 2011 film Limitless and the subsequent 2015 TV show Limitless are centered on a magic pill or smart drug NZT-48 which grants the user the usage of every neuron in his brain for 12 hours, which of course makes you really smart, gives you extraordinary abilities and a perfect memory (also known as total recall). The drug NZT-48 is a nootropic, which have been gaining popularity among students, so what actually are nootropics? So what are they made of?

There are many types of nootropics, a nootropic can be a single herb or a plant that improves memory or it can be a mix of several nootropics that have amazing effects on your brain. A good example of a mix of nootropics can be the sensilab destributed BRAIN BOOST, which is a dietary supplement. It is a mixture of 4 natural nootropics, which are:

BEAN’ERGY®–  a new formulated natural caffeine microencapsulated with food polysaccharides that is specifically dedicated to improve concentration, decrease tiredness and speed up cognitive processes for up to 5 hours. RHODIOLA ROSEA – A plant, that decreases anxiety, calms you and improves the user’s mental and physical capabilities. GUARANA (Paullinia cupana) –it is a source of natural caffeine, containing about twice the amount of caffeine that coffee seeds have. It differs from coffee because guarana caffeine is slowly absorbed by the body, it also improves your reaction time, attention to detail and studies have proven that it might also improve your learning capacity.

SUNTHEANINE®– a type of the L-teanin aminoacid, that is a natural nootropic most commonly found in green tea, that stimulates alpha brain waves (alert, relaxed state) and decreases beta brain waves (awake, excited state) and puts you in a relaxed but alerted state, reducing stress and improving learning capability. So the most important question that comes to mind is: do nootropics work?

Studies so far have been inconclusive, but most of them show that nootropics work and their effect is amazing. Their usage has lately been popularized by students, and reportedly ¼ of students have taken some sort of a nootropic during their studies and their use has been extremely high in the Silicon Valley, the most popular being:

Modafinil- highly effective (has all of the usual nootropic benefits and more), has little side effects, relatively affordable and thus the most popular nootropic

L-theanine & caffeine– “the nootropic combo for coffee lovers” – L-theanine is usually found In green tea, but in small doses and it provides the calming effect of green tea, but if you combine it with coffee, you get the best of both worlds (increases focus, calms you down, reduces stress,..).

Racetams– a class of nootropics, which are similar but have slightly different effects. They include, but are not limited to:

Piracetam-improves memory, learning, reduces anxiety and is also the first nootropic ever created

Oxiracetam– known as a safe nootropic, because it improves memory and doesn’t have any effects on your mood or anxiety levels

Phenylpiracetam –has a similar effect as adderall

Rhodiola rosea – an adaptogen, meaning it helps the body normalize and removes any imbalances it may have, but unlike other nootropics it doesn’t start working immediately and is mostly used to improve memory in the long run. And now if you’re wondering, yes they are all legal, but if you’re planning on using them, use them in small doses, because too much of the good thing can be really bad.

OUR SCHOOL AND FRESHMAN FEARS