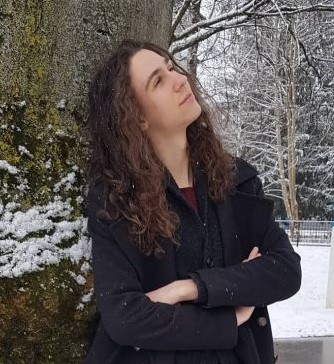 Greetings, everyone!
This time we shall discuss some interesting and apparently useless things about people – useless when one does them, yet infinitely useful to know. I do hope you will appreciate this article and come back for more, should there be more.

Humans. Weird, unbelievably complex, impossible to understand. Or so one would think, thinking about them. But what if one doesn’t think about people and what they feel and do, but instead looks at them? You might think I finished the sentence early, but I really didn’t. Quite spookily, even though half our brains exist for sight and visual perception, most of us neither look nor “look” at life. Maybe you can see it, but really taking it in is another thing. Think, for example, about the number of stairs in your home – unless the number is zero, it is very unlikely you know the exact number or even a good approximation.

So why do we assume it’s any different when dealing with people?

Remember the last time you talked with somebody. What did you two talk about? What did you specifically talk about? If I asked the other person, would they say the same thing? If you had a conversation involving more than the weather and possibly some third person, probably not. Now what does this tell you?

In a conversation, most people tend to, instead of listening and really talking with the other person, just wait for their turn to speak, in effect talking to, even at another person. This doesn’t allow for any kind of true conversation where two people each bring something to the table and come up with something they wouldn’t be able to think up on their own. Not listening and caring only about oneself also tends to leave one in the dark about what the other person actually meant, as everything gets interpreted through our own current frame of mind. As such, people really misunderstand each other. Additionally to all that, almost everyone constantly hides what’s on our mind and what we really mean. Much more always remains unsaid than said, and of that minority, most stays either unheard or misinterpreted. The human way of communication is very lossy in the meaning of what is said.

When we’re in the womb, everything is what it is. Nothing you need to do, nothing that bothers you, nothing you know that can hurt you. Pure bliss. Suddenly, something starts moving. Something loud comes up, something starts burning your retinas, it’s suddenly dry out, you have to start doing something – breathing, there are new sensations and things everywhere.

And with sensations, there comes suffering.

In psychoanalysis, the human wanting to return to some primordial womb is one of the main internal driving forces of the mind. We desire the comfort and worriless feeling of the mother’s womb. Freud theorized that’s the reason the male focus on vaginas and why women have an instinct to have children. (Ish, it’s more complicated but I feel not writing about it in detail.) This is why the silent nights spent in embrace with a loved one, the warmth of it and the experience of there being another displacing the truly insufferable experience of life can be so wonderful. From this seeking of comfort, our fears and egocentrism emerge. We’re afraid of our situation becoming worse, which is why we avoid new and unpredictable situations; we try drowning out the sensory bombardment we experience every moment by drinking alcohol and with other numbing and escapist behaviour; we use other people to validate ourselves.

This interpretation of the world and acting in it is easy, almost natural to us. Doing nothing, satisfying some bodily needs, seeking some comfort and validation in other people. It is only surprising more people aren’t heroin addicts that die of an overdose at age 22. There is, however, some argument as to why not do this. The common human modus operandi takes the womb as the standard to which one compares one’s current state. We are, however, not in the womb. We’re alive, acting as some units in the world. It is much better and more productive to take this as our default state. Experiencing the world and the people around us, with a sort of childlike curiosity, saying what we think, acting in accordance with ourselves, and most importantly, experiencing other people not as things but as individuals, as important and interesting as ourselves, brings us a truly unique and holistic experience and allows us to truly connect both with ourselves and with others.

Given that this way of acting is beneficial and truer to life, one may wonder how to change one’s thoughts and behaviour to be more in line with it. In truth, there is not one single way to do it, but it is not a super complicated thing to do either! At the core of it is truthfulness. To others, for sure, but especially being truthful to oneself. This, along with a healthy measure of detachment and realising one needn’t take things too personally, is a good way to start. Listening is another core skill which changes one’s perceptions. Here one needs only to consider the fact other people might know something which might be of use – which is not a difficult thing to consider! As soon as we start seeing others’ speaking as an opportunity to learn and try extracting the maximum amount of possible knowledge and wisdom, we listen more attentively. As a result, we are more emphatic, which in turn leads to even more listening.

Integrating yourself, becoming more present in reality and other people, is one of the most rewarding things one can do, especially in our ever more disconnected world. Open your eyes. No need for a third one when the two we have are capable of giving such a vivid image. Take care!

I AM NOT CRAZY, MY REALITY JUST DIFFERS FROM YOURS