While same sex partnership has been a private matter for centuries, younger generations of Slovenians are getting louder. The moto we are here-we are queer can be heard through the streets of all bigger cities.

Pride, a word we used to only hear from America, has established its meaning in youth’s vocabulary, demolishing the stigma of relationships between the same gender.

HISTORY of the community in Slovenia

MAY – pink week festival where members of gay, bisexual and transgender community enjoy the beauties, culture and cuisine of Slovenia

DECEMBER – LGBTQ film festival taking place all around Slovenia, it is one of the oldest festivals of its sort in Europe

There are many other events over the year all over the country, these are just the bigger annual ones.

The bigger LGBTQ friendly places and bars are mostly located in Ljubljana and Maribor,  amongst those are:

DIH with the moto “equal under the rainbow” is a community striving towards well-being and empowerment of LGBTQ+ individuals, inclusion and equality.

LEGIBITRA is a non-profit organisation fighting for rights of the community and individuals. They offer HIV testing, counselling and work on informing the public about LGBTQ.

ROZA KLUB (pink club) with its beginning in the 1990s is a department of ŠKUC meant for gays and lesbians. Main reason for its creation being the presence of queer people in politics.

OUT IN SLOVENIJA – they organise sporting events, hikes and bring the community together through outdoor activities.

KOROŠKA PRIDE is a newer organisation with its base in Slovenj Gradec, they work on bringing the LGBTQ community closer to more conservative part of Slovenia and fight the stigma by organising conversation groups, movie nights and the recent first pride parade in Koroška.

These are just some of Slovenia’s LGBTQ organisations.

Flags that represent the community

Many organizations and businesses use this flag as a symbol to show that their establishment is a safe space for everyone in the community.

This flag is used to symbolize the overall LGBTQ community.

It was created by Gilbert Baker in 1978. Each colour has a different meaning. The original flag Baker created had two more colours than the one we have today. Colours pink* and turquoise** were excluded so that the flag would be easier to mass produce.

The colours have the following meanings: 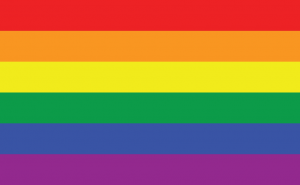 Bisexuality can be defined in different ways depending on who you ask in the community. For many, it’s defined as attraction to both men and women. Some even describe it as attraction to the gender you identify as and at least one other gender. Others use it to describe attraction to more than one gender, but not all genders.

It is believed that  this flag was created by activist Michael Page. Each of the colours symbolize some kind of attraction.

Purple (lavender): Attraction to both sexes. 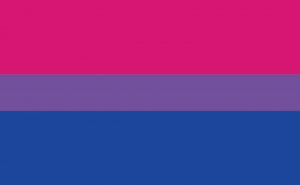 For this flag is unclear who actually created it, but ever since it started showing up online in 2010, it’s become a symbol of attraction to all genders.

Yellow: Attraction to all other genders 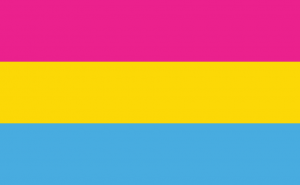 McCray was later on accused of transphobia, biphobia and racism among other things, because of that the new flag with orange stripes was proposed. 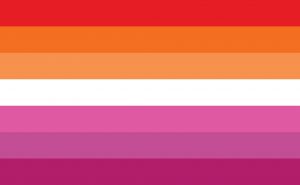 Asexuality is defined as lack of sexual attraction. “They are not drawn to people sexually and do not desire to act upon attraction to others in a sexual way.”

The flag was created in 2010 to help raise awareness of the community.

Black: Represents Asexuality as a whole 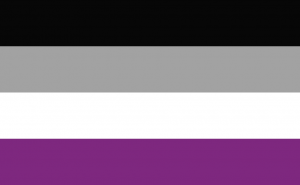 Intersex is a term for those whose bodies do not align with the gender binary of male and female. Some people can have both sets of genitals, various combinations of chromosomes or other variations of those.

This flag was created in 2013 by Morgan Carpenter, who said: “I wanted to create an image that people could use to represent intersex people without depending upon what I think are often misconceptions or stereotypes.” 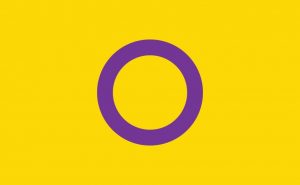 Carpenter chose these colors as symbols to the community:

Gold or yellow: Inspired by a story told by fellow intersex individual Mani Mitchell to reclaim the slur “hermaphrodite” used against the intersex community.

Purple Circle: In the interview, Carpenter said, “The circle is about us being unbroken, about being whole and complete,” as well as the right for Intersex people to make decisions about their bodies.

This flag was created by transgender woman Monica Helms in 1999. Pride quotes her saying: “The pattern is such that no matter which way you fly it, it will always be correct. This symbolizes us trying to find correctness in our own lives.”

White: Represents people who are transitioning, have no gender or are gender neutral. 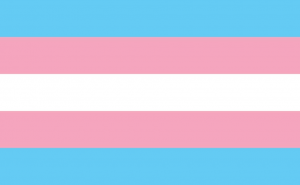 Genderqueer people are individuals who don’t conform to society’s ideas of how they should act or express themselves based on the gender they were assigned at birth.

The flag was created by Marilyn Roxie in 2011:

In an interview with Majestic Mess Design, Poole said they created the flag because genderfluidity lacked a symbol and the term “genderqueer” didn’t exactly fit. 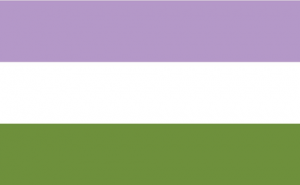 This flag was created in 2018 by Daniel Quasar in response to Philly’s updated pride flag. It combines the colours and stripes from Philly’s version of the pride flag and the colours of the transgender pride flag. 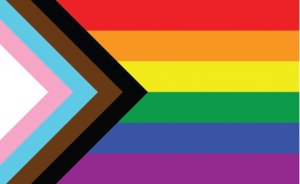 THE LAW OF ATTRACTION