“Music is a world within itself,

with a language we all understand,

with an equal opportunity for all to sing,

dance and clap their hands” ~

Music festivals are very important for our community and individuals and that is why we decided to write about them. Music festivals bring different people from their daily lives to one place, where they can enjoy good music, share feelings and where atmosphere becomes real magic.

The concept of music festivals is the large variety of bands and music artists, which give live performance. And no matter what type of music an individual likes, there is a music festival for everyone somewhere. There are no limits, ranging from Jazz, Rock, Hip Hop, Heavy Metal, Folk, Pop, Alternative, EDM (electronic Dance Music), Techno, Indie-rock to classical music.

The history of music festivals goes far back to ancient Greece, where music wasn’t just an important part of entertaining but also a part of the Pythian Games where there were athletic, artistic and dance competitions. It included live music by musicians playing flutes and kithara. In the middle of the 16th century the festivals were most often placed around the harvest and the term festival first showed up in English language, it derived from feast.

THE START OF SOMETHING BIG

As we look back at the history of summer rock festivals in the 60s, we probably associate them with hippie- inspired clothing and ideals of the counterculture. But it went far beyond just enjoying music in that time. Music festivals were considered radical with revolutionary ideas. Authorities saw this as a concern and nobody knew where rock’n’ roll was heading, but one thing we know now is that in that time the best bands of the era played at these concerts.

The start of music festivals was at Fantasy Fair and Magic Mountain Music Festival in 1967. The Jefferson Airplane, Captain Beefheart and The Doors made the Summer of Love the ancestor to modern music festivals.

Soon after that the Monterey Pop Festival, the Isle of Wight Festival, Woodstock and Pinkpop followed. People discovered the magic of live music combined with camping, dancing, and enjoying time together. Music festivals became a popular thing that is promised to flourish forever.

MONTEREY POP FESTIVAL was the beginning of big popular music festivals as they are today and the start of the “Summer love” the Hippie, the Flower power era. It was a three-day music festival and took place from 16th to 18th June 1967.  Lineup was with appearances from The Who, Jimi Hendrix and Ravi Shankar and Janis Joplin, performance they gave also made them into stars as we know them today.

The festival was also noted for introducing Otis Redding to a predominantly white audience. The concept of producers was to show that rock music is also an art and the results were remarkable. 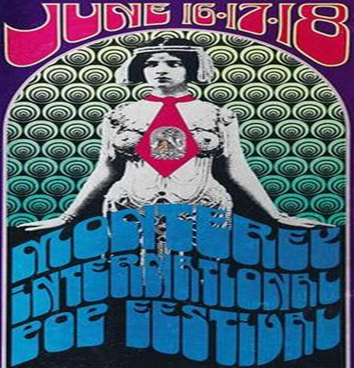 At first infamous event with a unique idea turned out to be a turning point in rock music history and maybe one of the most famous music festivals ever. On a piece of farmland in Bethel, New York in 1969 was the Woodstock festival. When people saw the potential of this unique idea and to have fun, listen to good music and socialize in hippie outfits, the number of people went from expected 200.000 to 500,000. And the idea of Peace, love and music really got into young people’s minds because although the number of people was huge the festival ended without any violence. 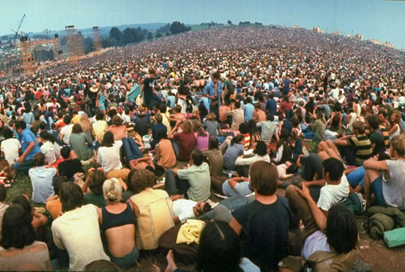 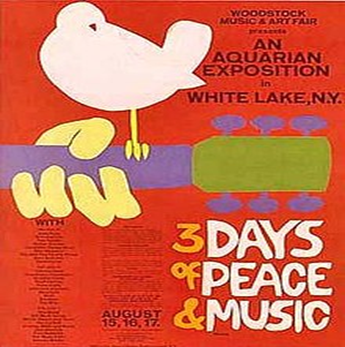 IN SLOVENIA WE HAVE NUMEROUS MUSIC FESTIVALS, HERE ARE SOME OF THEM:

First festival in Slovenia was called Glasbena matica. Festival started on May 13th, 1932 and it lasted for three days.

The idea was to encourage other musicians to write songs, they started collecting Slovenian national songs, teaching others about music, and informing music bands. They are a big part of Slovenian music history.

First festival we want to write about is Punk rock holiday in Tolmin. The town lays in northwestern Slovenia. Its fame has reached all corners of Europe . The event started in 2011. It has its own style and uniqueness with camping in nature surrounded by mountains and Mediterranean climate. There are no barricades between bands and the audience so there is a real connection between the artist and the crowd. The festival even has a beach stage that gives you that real summer vibe.  All these things give you amazing impressions and feelings.

The banks of the river Soča also host a festival called Overjam Reggae. It introduces and presents international and local names in Reggae. Besides listening to the music there are also different activities, such as workshops on drumming, yoga, juggling, slacklining, clay making. It is a family friendly event because they have daily children activities. Some of the performing music artists:  Zion Traine, Dub Inc, Macka B, Grounddation, Barrington Levy. The festival fills up the void of Reggie festivals in Slovenia.

Reggae is a music genre that evolved in Jamaica in the late 1960s. This style is strongly under the influence of the Blues, American jazz, and Jamaican folk music. Reggae spread all over the world. Renowned artists are Bob Marley, Peter Tosh, Toots and Maytals, Jimmy Cliff… Reggae has been added to UNESCO list. Reggae is “cerebral, socio-political, sensual and spiritual,” said Unesco.

This festival is well known all around the world, it is the oldest festival in Europe which started in 1960. All jazz lovers from all over the world gather and enjoy the music.  It takes place in Ljubljana, on Congress square. The festival is organised by Cankarjev dom, an organisation which is determined to keep culture and art evolving in Slovenia. improvising musicians present funk or soul-tinged jazz ventures, sometimes with also metal flavoured improvisations. Besides regular jazz music it includes street performances, residency programs, film screening, jazz photography and other art. In year 2020 the festival was on- line, because of the covid situation. 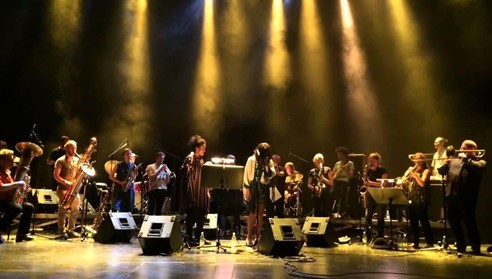 The festival started in 2015. It takes place in Ljubljana and it is an unforgettable event because it includes a run track where people throw colours at each other. There are activities all day and the energy is amazing and youthful. At night people dance at famous DJs mixes of electro, hip hop… Some of the musicians who were hosted are Kosta Radman, Mari Ferrari, Lost Frequencies, DJ Juicy M, Vini Vici, Lil Jon, MATTN, Redfooo, Fedde Le Grand, Steve Aoki and R3HAB. It is unique. From there, people leave with amazing memories. 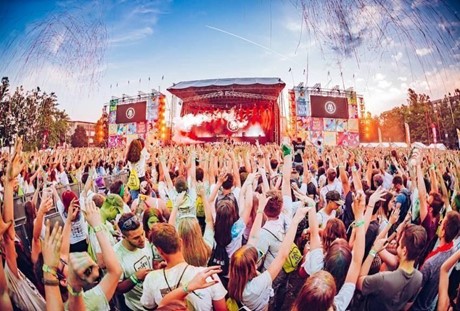 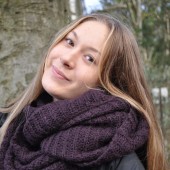 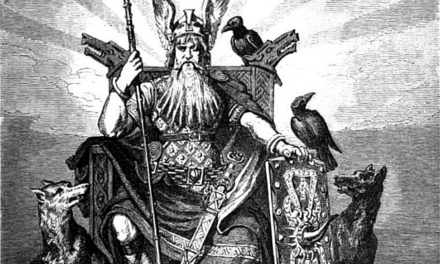