”TODOS SOMOS CALAVERAS,” – WE ARE ALL SKELETONS.

Día de los muertos or The day of the dead is a holiday, that originated in Mexico, but is now celebrated all over the world. It is a joyful celebration that praises the dead and once a year joins them with their loved ones in the living world. 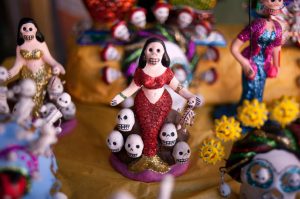 Día de los muertos is a mixture of two important cultures that crashed together in the 16th century. First was the Native American culture that was highly influenced by Spanish traditions, language and a new religion – catholic Christianity, all brought to America by conquistadors. Native Americans had similar rituals that praised the dead for almost 2,500 to 3,000 years before the Europeans invaded America. They believed that mourning of the deceased is disrespectful and instead celebrated their death. Aztecs for example, had a festival, set in the ninth month of their calendar (about the beginning of August) that could last over a month. They also praised the goddess, known as Lady of the Dead, which is as La Calavera Catrina still celebrated today.

The holiday lasts for three days that are also celebrated as Halloween (October 31st), All Saints Day (November 1st ) and All Souls Day (November 2nd). November 1st is also known as Día de los Inocentes (“Day of the Innocents”) or the Día de los Angelitos (“Day of the Little Angels”) and on that day people honour the spirits of the dead children – angelitos. On November 2nd families visit their loved ones’ graves and celebrate life and death. 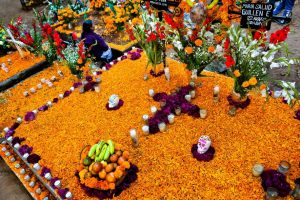 The family builds private altars, or ofrendas, that can be found in their homes or cemeteries. The ofrendas welcome the dead spirits in the world of living. They are decorated with flowers, especially the traditional marigold flower, whose petals can also be spread on the floor, so they lead the dead from their graves to the ofrendas and back. On the altar there is also food and drinks that the deceased loved, so that they can eat and drink after a long journey from the world of the dead. Most common dishes that can be found are pan de muerto (bread of the dead), sugar skulls and drinks such as  pulque, atole, hot chocolate and maybe even a bottle of tequila. On the ofrenda a family usually puts some pictures and private objects that belonged to the deceased. The city and homes are decorated too, the most common decoration being papel picado, a paper craft that can be seen around the town whole year. But it still plays and important role in the holiday – it represents the wind and the fragility of life.

When the Day of the dead comes, people celebrate it by dressing like the skeletons and painting their faces to make them look like skulls. The most common women’s costume is La Calavera Catrina, which represents the goddess of death. She was created by a Mexican cartoonist and lithographer José Guadalupe Posada in the early 20th century. He imagined her dressed in a sophisticated French dress with a body made of bones, that is why the quote ”Todos somos calaveras,” (“we are all skeletons” -meaning that we are all the same on the inside) is commonly attributed to Posada. Later an artist Diego Rivera featured her in his movie, Dream of a Sunday Afternoon in Alemeda Park, where he dressed her in a large feminine hat and called her Catrina (slang for “the rich”). She soon became very popular and is nowadays known as La Calavera Catrina (translated to “elegant skull”), the most famous symbol of the Day of the dead. 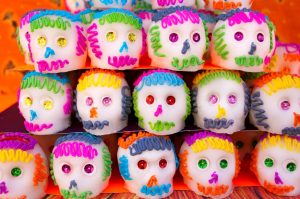 Today Día de los muertos is being celebrated by more people than ever before, including in most of the Latin America and even someparts of the USA. But the biggest festivals that honour life and death are still mostly in Mexico, the most beautiful ones being in Pátzcuaro, Mixquic, Tuxtepec and Aguascalienetes. In 2008 the Day of the Dead was even added in the List of Intangible Cultural Heritage of Humanity by UNESCO and by that confirming its cultural importance worldwide. After all, it is truly one of the most inspiring celebrations there is – it shows the thin line between the death and life and the capability of human to love and remember beyond the living. 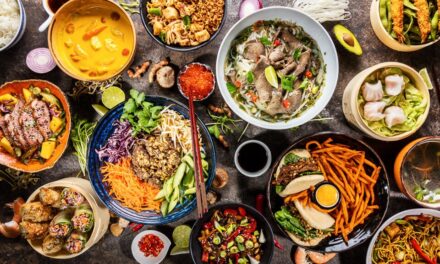