As you may know, the mistletoe makes its annual appearance each December during the holidays, when people traditionally hang it up in their households. According to habit, if two people get caught under the mistletoe, they are supposed to share a kiss.

Where has this tradition even come from? Why are we caught kissing under a toxic plant? Yeah, it is romantic, but also strange if you think about it in this way.

Do you know that mistletoe has been considered a plant that symbolizes life increase and fertility for centuries? Even the Celtic Druids that lived way way back in the 1st century A.D. believed it presented a symbol of vivacity[1], since it was the only plant that remained green in winter in the midst of all bare ones. 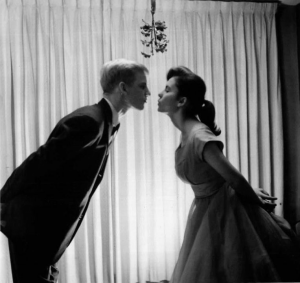 Anyhow, the mistletoe traditions have drastically changed over the years. For instance, in ancient times, visitors could only kiss the hand of a host under the mistletoe, when they have arrived. But as we can see, since then, the traditions have evolved in something much more personal. Today, any couple caught underneath the mistletoe should be prepared to pucker up.That fact made a lot of historians presume that the connection between the mistletoe and a kiss originates from ancient Norse mythology. According to legends, Baldur (Norse God and son of Odin) was deadly injured by an enemy’s arrow, which consisted of mistletoe. His mother, the goddess Frigg, wept tears onto the arrow. Her tears turned into white berries that she placed onto her son’s wounds, bringing him back to life. Overjoyed Frigg blessed the mistletoe and promised a kiss to everyone who shall pass beneath it.

Now you know where all the mistletoe fuss really comes from and I also hope you receive a lot of mistletoe kisses during this year’s holidays.