To begin with, let me try and explain the concept of mental health. Mental health is defined as a state of well-being in which every individual realizes his or her own potential and can cope with the normal stresses of life.

Sadly,  that is not always the case. Have you looked at our generation lately?

If you have then you know that not everybody is in the so called state of well- being, many of our peers have psychiatric disorders, better known as mental disorders.

So, what is a mental disorder?

A mental disorder, also called a mental illness, is a behavioral or mental pattern that causes significant distress or impairment of personal functioning. In other words, for a mental state to classify as a disorder, it generally needs to cause a dysfunction.

Mental health is becoming a serious issue nowadays. Although our generation does seem to understand the problems of mental illnesses, many elders do not see it the way we do. Don’t get me wrong, I know that a lot of people do understand, but sadly many people still don’t, especially the generation of our grandparents. They believe that if it wasn’t an issue in their time and if it wasn’t talked about, then it just cannot be happening now. I know, a weird logic, right!?

Many times parents don’t really see the signs of mental disorders in their children. In fact, we don’t really discuss them with our parents, do we? I don’t think I have ever discussed my deep problems with my loved ones…like ever, but hey, that just might be me.

So why do depression, anxiety, personality disorders etc. keep appearing among teenagers? Is it becoming a trend? Do social media have influence on our mental health?

It’s actually all of the above. Mental disorders keep rising because social media have influenced our brain immensely.

Have you ever seen a picture on Instagram of a really pretty model and thought to yourself: »Ugh, I wish I had a body like her« or » I should really eat less if I want to look like her« or even » Hm, I really like her nose….should I get a plastic surgery?«

You see, social media are highlighting our bad features without us knowing it. They are changing our opinion of us. But that’s not all they are doing. For a couple of years now people have been really outspoken about their mental illnesses and I think it has become some kind of a trend to have one. Of course that is NOT ok but it is happening because all teenagers want to fit in.

Nobody ever wants to be left out that’s why so many people follow trends that keep on rising even if it’s hurting them and their health.

If you are following a trend, especially a trend where you have to have a mental disorder, stop ….it’s not doing neither you nor the people around you any good.

Over all, mental health is a serious topic and it should not be taken lightly. If you really have a mental disorder and if you don’t know who to talk to or if you just don’t feel comfortable talking to your parents about it, find a qualified person to confide in.

Our school has an amazing school psychologist that can give you advice.

5 WAYS TO STAY FIT AND HEALTHY 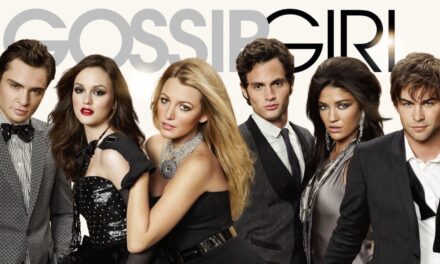