Milan Kamnik is a Slovenian country artist and a singer from Prevalje.

Through his career he has written many songs and released eight albums. He is mostly known for his unique style and use of dialect in his songs. His music brought him a lot of recognition and opportunities internationally.

Milan Kamnik was born in Slovenj Gradec on the 26th of September in 1957. He grew up in Prevalje, where he also went to school. He first wanted to be a plumber but later decided to switch schools. He went from Ravne na Koroškem to Maribor, where he studied mechanical engineering. Then he proceeded to get a job at Metal Ravne.

He began his music career in primary school. Later he became familiar with Bob Dylan who quickly became his biggest inspiration in music. At that time, he and his friend Toni Apohal founded the duet Kora, which many compared to the famous Simon & Garfunkel duet, but for many years the Duo Kora was a special chapter on the Slovenian entertainment scene.

He decided to take his own route in the music world when he released his first solo album titled “Dolina smrti” in 1996. The album was recorded and produced in Zagreb. On the album we can find a song called “Pacl g’r na ojgn” which is a translation of “Put another log on the fire” by Shel Silverstein, and until this day one of his biggest hit songs. He later released seven more albums listed:

His lifelong dream was to visit America. He got to live out that dream when he went to Nashville. There he met other country artists, translated his songs, and even made an appearance on the American country radio. He was the first Slovenian artist to perform live on an American radio station. He sang his most famous song “Tiha Voda Vejke Grabne Diva”.

He returned to the USA in 2014 when he even wrote a new album. On the album we can find some songs written in English. In an interview he said that it had been an experience which had brought even more and different creativity out of him. He visited Texas, Arkansas, Tennessee, and Kentucky. These are the states where country music is most appreciated, and it is safe to say that there he felt like at home.

He is mostly known among adults, but also has a younger audience. In a survey we asked 20 teens a couple of questions, to see how he appeals to a younger demographic. 75% said that they had heard of him and 45% could even name at least three of his songs. We presented the students with certain song titles:

Milan Kamnik is a country artist from Prevalje, well known nationally and even internationally. In his career he released many songs and albums, and even travelled the world. He has a unique style and love for music, which brought him recognition among all different age groups and nationalities. 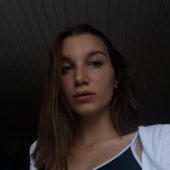 10 MOVIES TO WATCH WHEN BORED