You know those six boys in 2.a? I didn’t think so. Let’s get to know them together.

Have you ever wondered who the coolest boys in our high school are? Those would be our six schoolmates: Jani, Vid, Luka, Zal, Vid and Luka. Since we are going to be spending another three years with them, we wanted to get to know more about each individual, learn about their interests, ambitions and plans about the future.

Without further ado, we present to you *drum roll noises* THE BOYS.

Vid Kavnik is an ambitious judoka that trains in Judo club Acron Slovenj Gradec.  He has attended many competitions and likes telling stories from his judo preparations. His greatest achievement is 3rd place at the 2018 Summer Youth Olympics in Israel. Before training judo, he played soccer but chose judo because he likes it more. In his free time, he likes playing video games.

He is also a poet. Last year he wrote a poem that goes like this:

“Roses are red, violets are blue.

You are thick and I love you.”

When we asked what he thinks of the song now, he said the lyrics are still true. However, he stated that “having a good personality and a sense of humour is better than having a good body. A good body is just a bonus.”

One day he would like to be a physical therapist. 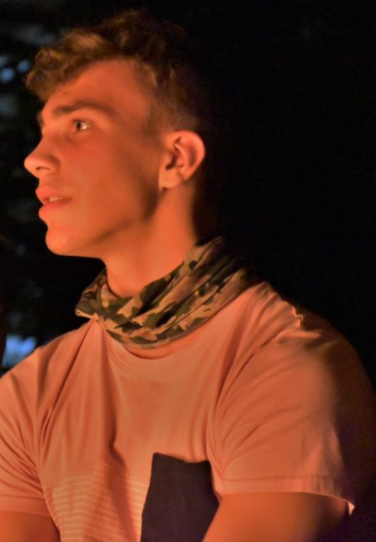 Luka Pavlič is a guitar player and a singer. He sings bass in the school choir. His favourite type of music is rock, metal, EDM and house. He plays bass and electric guitar as well as an acoustic one. When he plays by himself, he likes to play songs that seem more challenging to him, such as Led Zeppelin, AC/DC, Metallica etc. When he plays with friends, they like to choose songs in advance or even do some improvisations.

His hobbies include watching TV series, playing basketball and video games such as FIFA and NBA. He is a sporty type of a person and works-out almost every day.

In his future he sees himself in a court somewhere. He plans on studying law in Maribor but might change his mind someday. 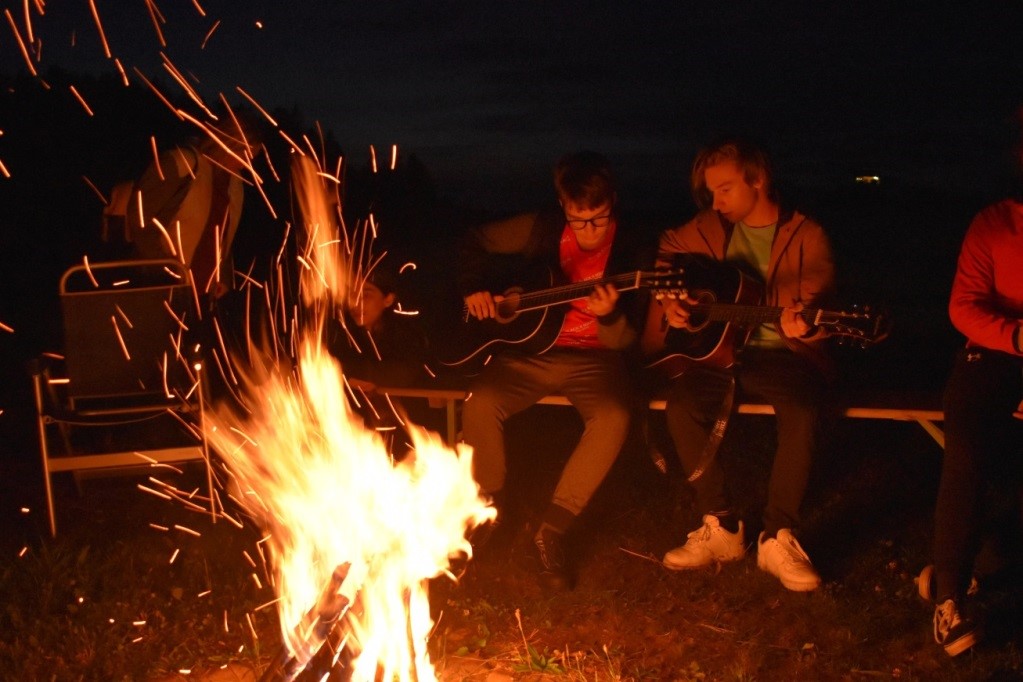 Zal Krenker Pogorevc is an excellent student and studies hard to get good grades. He is a scout and in his free time he plays video games, such as Grand Theft Auto 5, Farming Simulator, League od Legends, Fortnite and many more. He plays the guitar and he attended music school for 7 years.

He is one of the most sarcastic people we have ever met and when asked why he swears so much, his answer is: “Because I am always angry and smart people swear more often”. He has dyslexia but has learned to live with it. It does not represent a problem for him, only at Slovene.

His dream is to become a doctor. He plans on studying medicine or pharmacy.

Jani Smolar is the person with the longest hair in 2.a. We asked him what exactly the reason for not wanting to cut his hair is. Is he afraid of the hairdresser? He answered: “I mostly just have long hair to annoy people. I wanted to cut it a while ago but because everyone kept telling me to, I did not want to do it anymore. Even if I got a haircut, I would still want it to be long … just not this long.”

He was learning and playing drums for six years in music school. He does not play the drums that often anymore because he feels he has no reason to. His other hobbies include playing video games, pool, board games, playing with LEGOs, reading interesting books and listening to rock music. He prefers old school rock from the 60s to the 90s.

Most of you know him as the son of Adi Smolar but we know him as the person that is always quiet and when he speaks during classes it is to crack a joke or say something that makes everyone laugh. He says he gets his horrible jokes from his father and Monty Python.

He considers studying biology in his future but is open to other options as well. 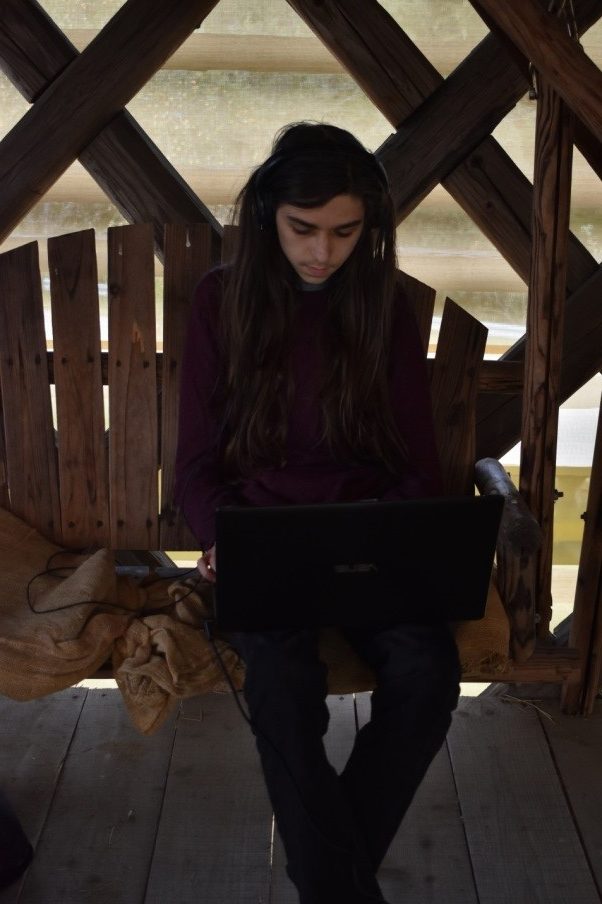 Vid Slemenik is a scout that knows how to light a fire in a girl’s heart.

He has been playing volleyball for seven years and is a member of Korvolley volleyball club in his hometown Mislinja. Aside from being a very good volleyball player, he is also a self-thought musician. He plays many instruments including diatonic accordion, piano and the guitar. His favourite type of music is rock, and his favourite song is “Snow” played by Red Hot Chili Peppers.

He says he does not know what he wants to become. At first, he wanted to work with computers but now he plans on studying something a little more complex.

Luka Permanšek is a new addition to our class. He joined us this year and says: “fitting in wasn’t hard”. He used to live in the Unites States of America. When they first moved there, he was a bit scared at first because everything was new but got used to it quite quickly.

In his free time, he listens to music and practices his skating skills. His playlist mostly includes techno, rap, and rock. What he enjoys most is going to concerts and parties with friends. Luka’s interests also include cars. The number one car in his opinion is Nissan 240SX, with Nissan 350Z and Mazda RX-7 being the close second.

He regularly attends skating competitions and sometimes even competes.

When asked what he wants to be in life he says he does not quite know yet but sees himself studying graphic design or multimedia.

We asked the boys how they feel in our class.

When asked if they ever feel threatened or overpowered by the ladies in the class, they all said no. The only thing that bothers them is the lack of democracy, because there are more girls in the classroom, and they feel outnumbered when deciding on certain things.

We did not know what to expect, when we asked if they would like to change the number of males in the class if they could. Four of the guys said that they liked it the way it was and would not want to change it. And two of them said that they would be happy if there had been more boys because then there would be more people to hang out with, considering that they find it easier to talk to their own gender as well as finding more mutual interests.

Among other things we also asked them what the most feminine thing was they had got used to doing under the influence of so many girls. Zal said he started speaking louder and that he sometimes squeaks. Vid on the other hand, said his study notes had got better because the girls usually write everything down so now, he tries to write more.

Finally, we asked them to name one good and one bad thing about having so many female schoolmates. Vid said that he worries about fighting because: “If we fight there is going to be a massacre”. On the other hand, Vid and Luka admit that the view (in the classroom) is very good ?. Two thirds of them agreed that squeaking and yelling is not necessary and could be toned down a bit. They believe that having a lot of female classmates impacted them in a positive way, such as having better notes and studying harder.

In conclusion, we – the girls in the class- probably need to start controlling our yelling.

While writing this article, we learned that each one of our boys is special in his own unique way. Hopefully, we managed to show that in this article, so now you can see it too. 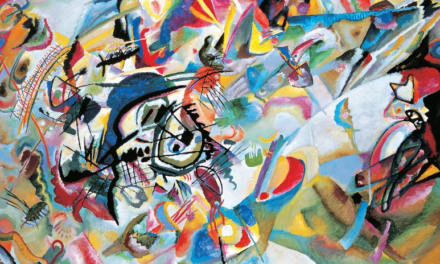 THE DUO THAT ROCKED OUR WORLD