Jeans are one of the most often used items of clothes and its popularity still increases. Everybody owns at least one pair. Jeans can be worn on formal or casual occasions. In this article you will learn something about the history of jeans with some  fun facts.

Jeans are pants made from denim or dungaree cloth. They are named after the city of Genova in Italy, where the material jean/jeane was manufactured. Jeans were invented by Jacob Davis and Levi Strauss in 1873 and primary they were used as worker’s pants.

Levi Strauss was a German salesman, who moved to America in 1853, because of the Gold Rush. He sold cotton cloth in San Francisco and there he met Jacob W. Davis, a tailor from Nevada.

One day his customer requested a pair of pants, strong enough for work. Davis made a pair from the fabric he bought from Levi Strauss and made them stronger by placing copper rivets at the places, where pants rip the most (pockets and flies). He wrote to Levi Strauss and they became business partners. Strauss and Davis put a patent on the jeans and opened a bigger factory.

Fashion milestones for the jeans

1920-1930 – Jeans are worn by handsome Hollywood cowboys such as John Wayne and Gary Cooper. Actors bring publicity to jeans and actresses convinced women to try them as well.

1960 – Some high schools banned jeans, which only served to further popularity increase.

1976 – Calvin Klein was the first designer to show blue jeans on the runway.

1980-1990 – Fashion houses such as Versace, Dolce&Gabbana and Dior also entered the jeans market.

The name “denim” comes from the name of a fabric called “Serge de Nîmes”, initially made in Nîmes, France. Therefore “de Nimes” – “denim”. Weavers of Nîmes tried to reproduce the cotton fabric that was famously made in the city of Genoa, in Italy, but with no luck. They developed another fabric that became known as denim. Warp (lengthwise) threads were dyed in indigo while weft (crosswise) threads remained white that gave to denim blue color on the one side and white on the other. Denim is highly durable, and that is why he was used by people that needed clothes that would last long. Strauss and Davis used denim in their further production.

Indigo dye is a colour used for colouring the denim. It is an organic dye with a distinctive blue colour. It was manufactured and used in India. From India, Indigo was imported to Egypt, Greece and Rome. Indigo in India was made from plant Indigofera tinctoria. It was used on cotton because it was the easiest method of colouring. The only problem was: the colour faded quickly. Organic Indigo is used until the discovery of the synthetic indigo in the late 19th century. 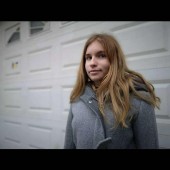