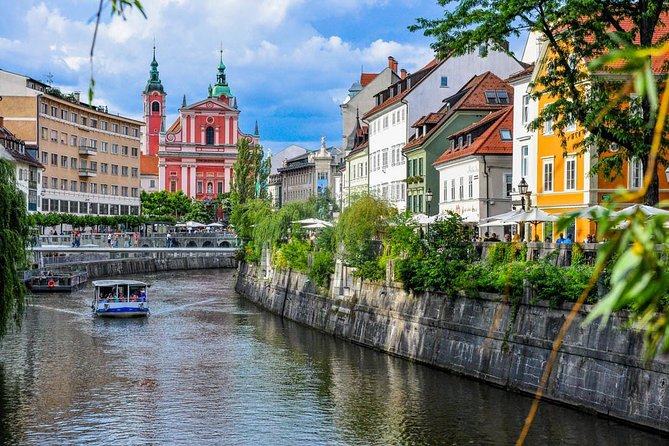 Every student knows what happens with the atmosphere in the classroom, when a teacher mentions the word – excursion. Clearly, 3.a is no exception. Our teacher Alenka introduced us  to the plan for the 7 November, about two weeks before we went off. We had a plan to go in the House of European Union (Hiša Evropske unije) in Ljubljana and then to see Metelkova street and hostel Celica. The excitement was real 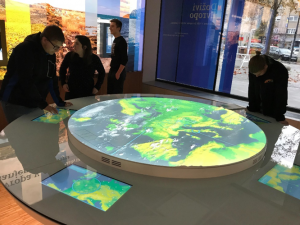 We occupied the bus on Tuesday and were ready to set off at 7.36 instead of 7.30 because some of us are too slow at walking and arriving on time when it is raining outside. We were driving for about 2 hours when we finally arrived in front of Gospodarsko razstavišče. A kind man from the House of European Union introduced us the possibilities we have as students in the European Union and other advantages that the EU offers. The presentation was nice and really interesting. Later we got the opportunity to work in groups with the help of some interactive screens. We divided the tasks in each group and quickly fond all the answers on the questions that were given to us. 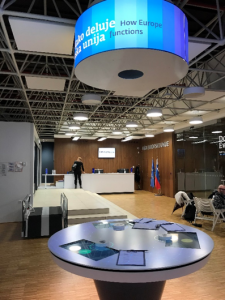 Because we had another appointment in hostel Celica, we took our umbrellas and set off to Metelkova. There is a place called Metelkova city (Metelkova mesto) and it is internationally known as an alternative culture centre in Ljubljana. No one lives there because it is a haven for artists, LGBT clubs and places (Tiffany’s, Monokel) , galleries and several music clubs (Gala hala, Klub Channel zero).  It is a pity that rain did not stop even for a minute. Otherwise we would be able to walk around the street and see more of this unusual culture and interesting architecture. Instead we rushed to Celica, where a kind lady showed us around and explained the idea of the hostel.

Celica is a modern kind of a hostel with special and unique background. The building used to be a prison for over 100 years. People were kept in this prison, from a few weeks to a few years. Municipality wanted to demolish it when the building was already empty for a few years after th e Yugoslav National Army departed, but a group of people made sure that something useful came out of it. After all, the building has a amazing history and it would be a shame if it was demolished. A truly special fact about the hostel is that you can book an actual prison cell (room) with iron bars on doors and spend a night or two there, while you are on a visit in Ljubljana. Each of twenty cells is unique, because they were designed and furnished by artists from all around the world and this is why each cell has its own story. Who wouldn’t like to spend a night in one of these interesting cells?

The presentation of the hostel was not boring at all, but we were kind of relieved when teachers told us that we have about two hours of free time for lunch. We were quite hungry at the time and couldn’t wait to eat something. Some of us made a compromise and decided to go to a Chinese restaurant on Congress Square. There was so much food, that we almost missed the bus. We were late (again) and used the Google Maps to find the rest of the class and teachers. Eventually we got there on time and rested a bit. It’s definitely not easy to jog in the capital when you are full of Chinese food.

We came back home at around 6 in the evening. Some of us, or maybe all of us were really exhausted. But luckily, there was no school the next day because we had another excursion.☺ 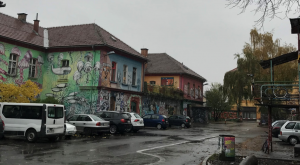 Our adventure in the capital was surely something differen and interesting, especially for those, who are interested in culture and social subjects. I was definitely having a lot of fun during the educational parts of the day, because I like sociology, politics and history. Of course I also have to mention my awesome schoolmates that made this day special and really fun.